How to Find the MB2 Canal — the Struggle Is Real

Want to see a bottom drawer case? Here’s one that was a huge learning experience for me. If you’ve ever puzzled over how to find MB2 canal, this is a must-read tooth story for you! 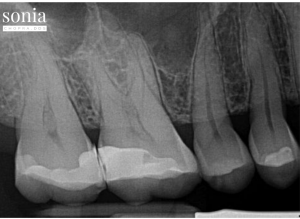 Back in 2017, I welcomed a new patient to my practice. She was a 38-year-old woman, and she was new to North Carolina. Five years prior, her dentist in another state said that she might need a root canal on tooth #3 because of how deep her filling was, since it was so close to the nerve.

She was fine for many years, but then her pain started six weeks prior to her evaluation with me. And yes, tooth #3 was definitely one of the teeth in question! The patient had a very severe response to cold that lingered, and a positive reaction to the percussion test. Her diagnosis was Symptomatic Irreversible Pulpitis and Symptomatic Apical Periodontitis #3. 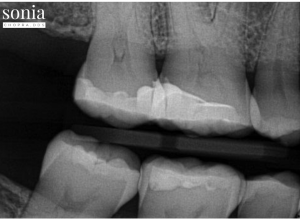 Looking at the radiograph, this root canal seemed pretty straightforward. Maybe you can argue that there was a bit of calcification of the canals, but otherwise, it looked like it would be a slam dunk. I love to do these types of treatments in one visit whenever I can.

So, I accessed the tooth and started to locate, clean, and shape the canals.  I always start with the main canals, the MB, DB and the P canals and save the MB2 for later.

Where was the MB2?

I could have given up on it. But I have a rule:

After all, it’s better to be safe than sorry!

But I absolutely hate it when I don’t find the MB2, don’t you?

Sometimes, you have to draw the line between searching for the MB2 and running the risk of a perforation into the furcation. I troughed a good bit, and I was concerned I was getting close to the furcation. Luckily, my cone beam can help me see what I need to see and allows me to stay conservative.

I actually obturated this case thinking that there was no 4th canal.  But the anatomy even on the PA didn’t sit well with me. I knew there was something that I missed in this tooth. 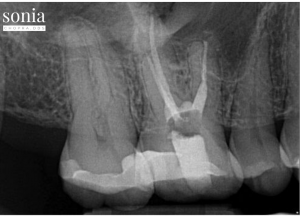 So now I had a new rule:

On any maxillary molar, if I don’t find an MB2 canal, I take a cone beam to verify that there was nothing there.  So that’s what I did in this case. 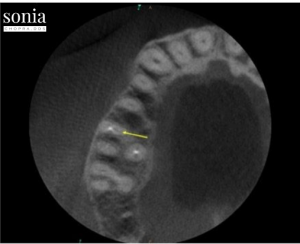 You can see a few things in the coronal view — the second canal, the area that I was troughing, and the sinus membrane thickened in this scan. 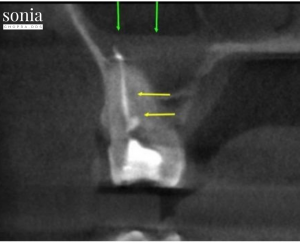 I initially thought that it was possible that the patient wouldn’t have any pain because it appeared from the CBCT image that the MB2 canal was going to join the MB canal.  However, I ended up going back into this tooth in order to finish the job because she was actually having pain to heat. Nothing else — it didn’t hurt to percussion — just pain to heat.

That tells me that there is another canal. But, I was expecting it to be a confluent canal. I was wrong!

The MB2 was separate, and that is what surprised me the most. Not that it was there, but that it was its own stinkin’ canal! The CBCT had misled me.

How to find the MB2 canal

At this point, I had developed a second new rule:

Always instrument each canal as if they are their own separate entity.

So, I went back into the tooth and tried again.  I searched and searched. Even knowing that there was another canal there, I still couldn’t find it looking through my microscope.  Ugh, the struggle!! Even 10 years later, I can still have trouble finding this stinkin’ canal. So don’t feel bad if you’re in the same boat.

I continued to trough apically and there was no canal, but there was a groove. So I took my rotary and started to instrument the groove, pushing ever so slightly into that groove. Finally, I started to get into something and finally popped into the canal. 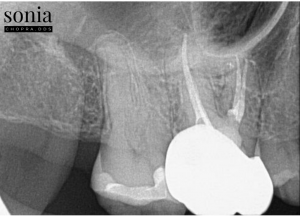 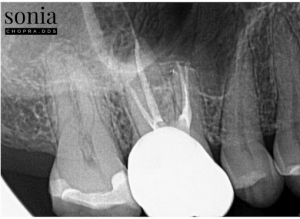 Voila! It had been hard work, but my persistence really paid off in this tooth story!

I learned so many lessons from this case:

What did you learn from this case? How will you approach the MB2 canal in the future? Let me know in the comments.