Those Pesky Lateral Canals: Where a GentleWave Root Canal Can Shine

Lateral canals can be so tough, from an endo perspective, so I want to talk today about why my root canal of choice is a GentleWave root canal… especially for these tricky cases!

Root canal failure can come in many shapes. I think lateral canals are one of the most underestimated—or at least the most forgotten—of the ways that a root canal can go south. But why?

When it comes to problematic teeth, we need to think outside of the box. Sure, you may want to jump on the easy excuse, saying that it must have been a crack or a missed canal… but what if it was a lateral canal?

You’re not alone. Even I forget about this little guy all the time, and it often stumps me in my diagnosis.

So let’s talk about this devious root canal complication. I want to walk you through one of my cases that demonstrates exactly how tricky they can be. And what you can do about it!

Let’s start with the preoperative radiographs. 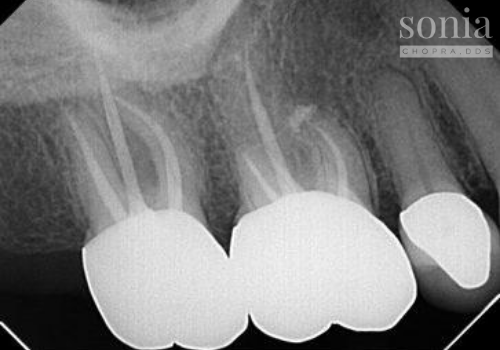 Get a good look at the image above. When I first examined the radiographs, I felt like tooth #3 should have been the problem. #2 looked like it was in good shape on the radiograph, but this patient had pain to percussion on #2, which made me scratch my head a little. That said, I diagnosed her with Previously Treated Tooth and Symptomatic Apical Periodontitis #2.

Time to get a crystal-clear picture of what’s going on with my CBCT.

Hmm. Even after the CBCT, I still felt like the culprit tooth should have been tooth #3. This axial slice shows me that all the canals appear to have been found and obturated in tooth #2, but there was a potential for a missed MB2 in tooth #3. How troublesome. I was really surprised when I saw that it was #2 that was bothering her, and she was very localized to the percussion test on tooth #2.

So I looked deeper into the CBCT, and here’s what I found: 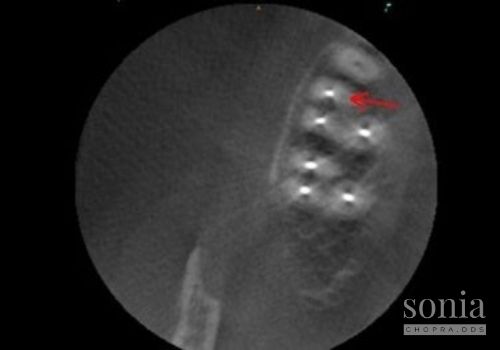 I found this furcation breakdown and…I didn’t know what it meant. Not at first. Was it a sign of a crack? Was the root canal just recontaminated? Or was there a separate periodontal issue superimposed onto this root canal? I was stumped!

Luckily, the patient was highly motivated to save her tooth (I don’t blame her). She BEGGED me to retreat the tooth, and since sometimes we just don’t know until we try, I moved forward with the operation. 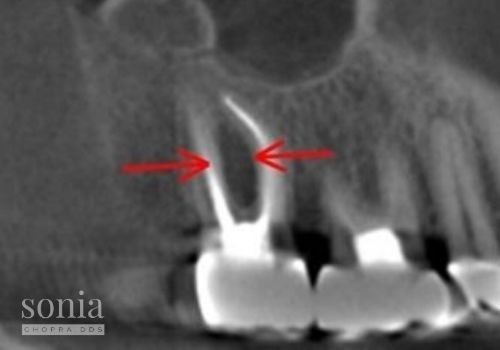 My root canal doesn’t look much different from the pre-op except for one minor difference. Can you spot it?

One of the lateral canals is radiating from the MB root that leads right into that furcal breakdown. 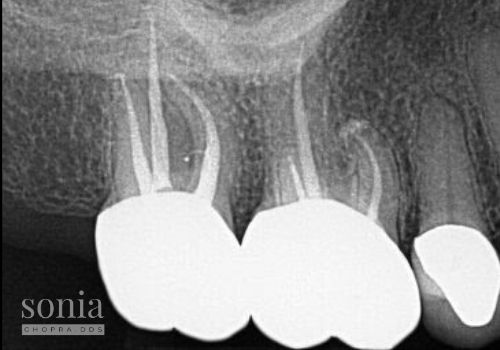 Now, I need to give a little disclaimer. As I said before, I re-treated this tooth with the GentleWave root canal technology, and I don’t think that I would have been able to pick up that anatomy any other way. Dead serious. And it’s crazy that something so small could have such a dramatic impact on the comfort of the patient, but it really can. 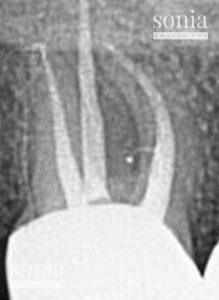 Say it with me: I won’t underestimate lateral canals! Even the tiny ones going into the furcation can make a tooth appear “cracked” and cause our patients misery.

Let’s jump over to another case. This patient had no pain, but clearly had a problem.

Take a look and you can see the tooth has been previously treated, but there is some furcation breakdown. Once again, the root canal looks fabulous!! 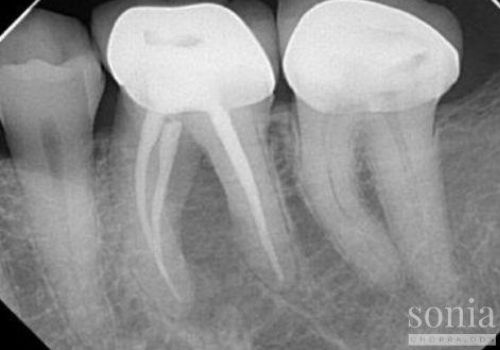 You can see from the bitewing that the tooth was not in occlusion, so the idea of a crack was just not in my differential diagnosis.

Again I had to think outside the box. What else could be wrong?

When I took the CBCT, all I could see was this… 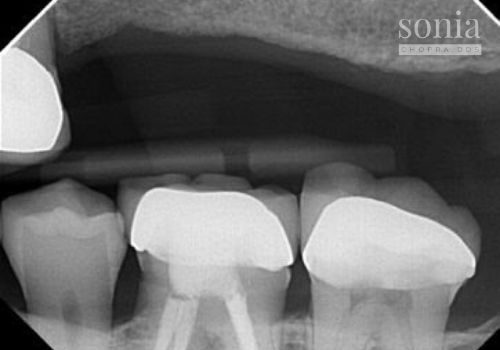 It’s a periapical lesion that went into the furcation. Ugh. This can be a very typical endodontic lesion, but I know that this would scare most dentists. This appearance of a PARL is normal to me, but I always want to know “why?” (and I absolutely hate it when it’s not obvious).

I let the patient know that I could try to retreat it, but that I couldn’t promise anything. Luckily, I once again had a motivated patient who wanted to try to save his tooth no matter what, so we moved forward with the retreat. 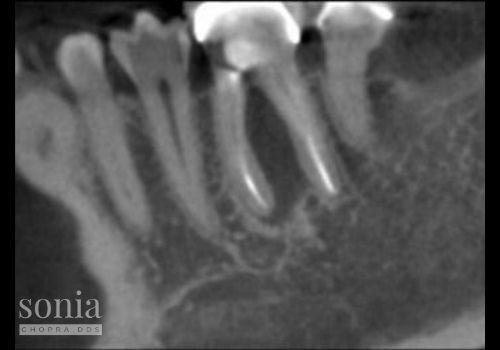 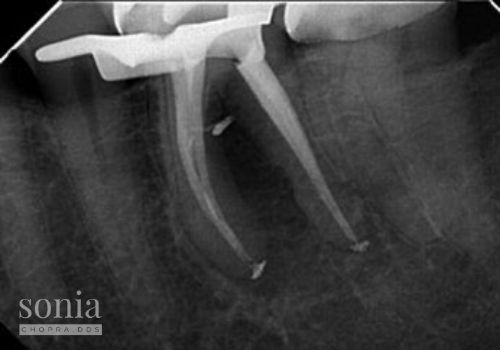 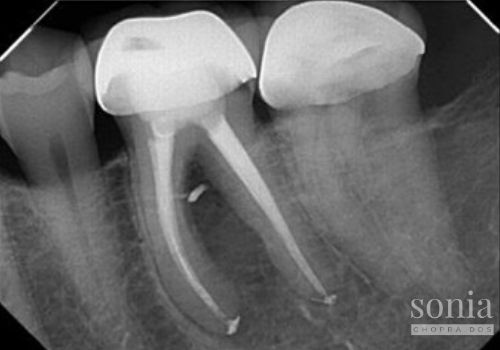 I can’t help but emphasize how unextraordinary this appears. The root canal doesn’t look any different than the pre-op besides that little lateral canal, but it was probably the cause of the canal failure!

My point with this blog is that we need to look at all the options with our diagnosis and consider that even the most minor lateral canals could be the cause of a failing tooth. Don’t be so quick to extract! Instead, re-treat to try and save a natural tooth. Your patients will thank you.

A Handy Tool for Accessing Lateral Canals (and more)

Due to what I learned in the first case, I was quick to lean on the GentleWave root canal technology to parse out these lateral canals. Not all endodontists have embraced this tech, and I’ll be honest, it took me time to get used to it, but it has absolutely earned a place in my heart.

The difference it has made is in the comfort of my patients and the little (but really-important) things I find as I obturate. You can read more on my GentleWave recommendations here.

I know one thing for sure—it’s irrigating better than my syringe. I don’t think that I could have made access into this lateral canal with the conventional root canal methods.

Remember: Not all “bad” teeth are cracked! Modern-day root canals have come a long way, thanks to new endo technology like GentleWave… so use it to improve your outcomes and make your patients happier!