Endodontic Diagnosis Is Key to Giving Teeth a Chance

It breaks my heart when I see my own tooth story reflected in my patients. There’s nothing more frustrating than facing an unnecessary extraction due to an improper endodontic diagnosis. Diagnosis sounds simple, but it can really stump a lot of dentists. Today, I want to talk about a tooth story that highlights just how important it is.

This particular patient came to me for a second opinion. She wanted to know if she really needed to have her tooth extracted. Her tooth had been previously treated, and now she was having pain when she bit down. She had been previously diagnosed with Symptomatic Apical Periodontitis. 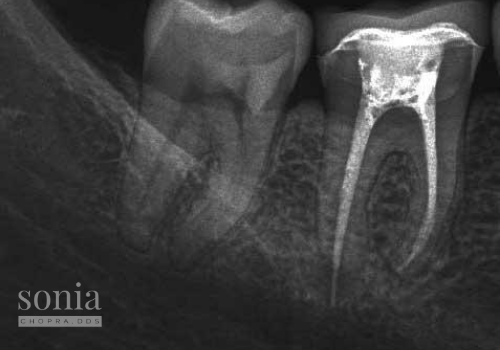 She’d already been to an endodontist, and they had told her that there was nothing that could be done to save her tooth — that she’d have to have her tooth extracted!

Most patients would say, “Okay, extract my tooth,” but not her. She didn’t accept that answer and sought out another opinion… mine. She was a patient after my own heart!

Did She Really Have to Have her Tooth Extracted?

I welcomed her into the office and learned she’d had a root canal several years ago. The root canal filling was overextended by about 5mm. This overextension was also very close to the inferior alveolar nerve. You can appreciate just how close in this image here. 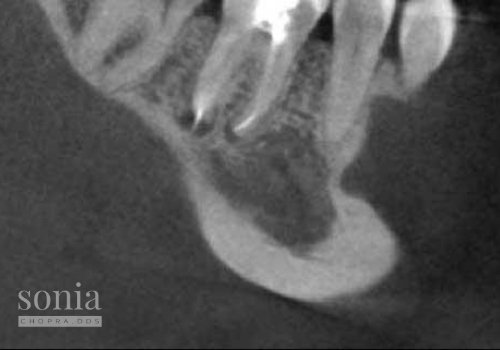 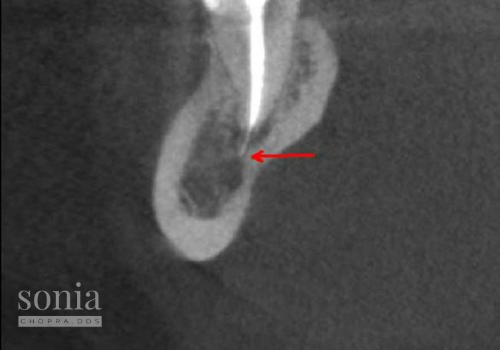 If surgery had been the treatment of choice, there definitely would have been a risk for paresthesia. But surgery was not first on my list.

Surgery Doesn’t Have to be the First Choice

I was completely transparent with my patient and let her know all of the possibilities and risks. I told her that I have gotten out overextended gutta percha before, but it wasn’t a guarantee that I could do it in her case. (Keep in mind, however, that I was not convinced that the overextended gutta percha was the cause of her pain.) With all of the information in front of her, she made an informed decision and asked me to try. After all, she was motivated to not have to have that tooth extracted!

I always say, “I never know what I can do until I try.”

I cleaned out as much gutta percha as I could and got a working length. 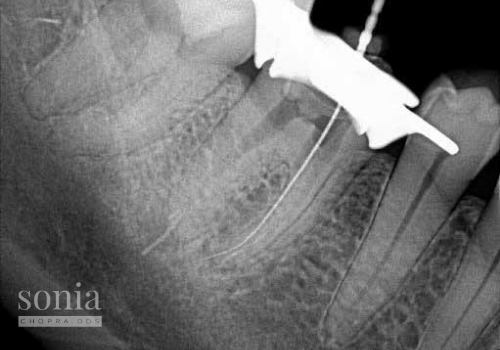 Did She Have to Have her Tooth Extracted? No!

So what did I do next? I took a 40 hedstrom file to the apex, engaged it slightly, and gave it a yank. Guess what?! That little “tail” came out! The dance party that occurred in that operatory was incredible! My patient, assistant, and I were all so happy we had accomplished the one thing the patient was hoping for. (No one wants to have a tooth extracted, and we get it!) 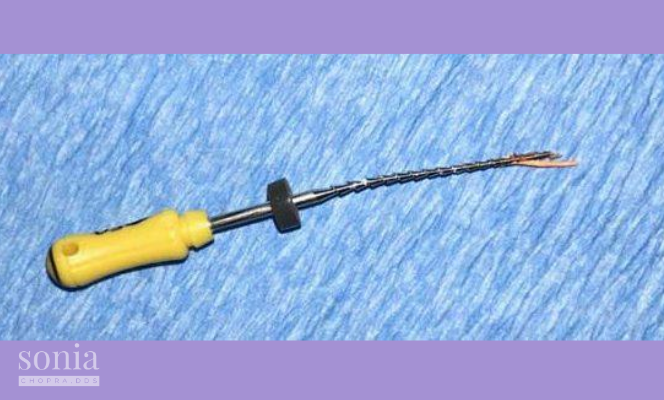 What Could Make or Break the Case

Though we were successful, that wasn’t what had the power to make or break the case. You know what did? It was the bacteria that was present in the entire length of the canal.

It was at this point that I confirmed that surgery was not a good first option. Sure, it would have removed the overextended material, but it would have done nothing to clean the bacteria out from the rest of the tooth. My patient would’ve had short-lived success because that tooth was BLACK inside. (Thank you, calcium hydroxide, for taking care of that!) 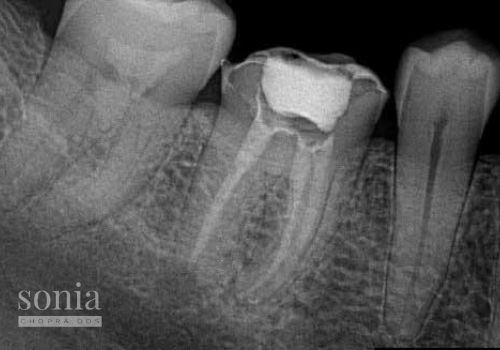 By the time she came back to obturate the tooth, she was pain-free. 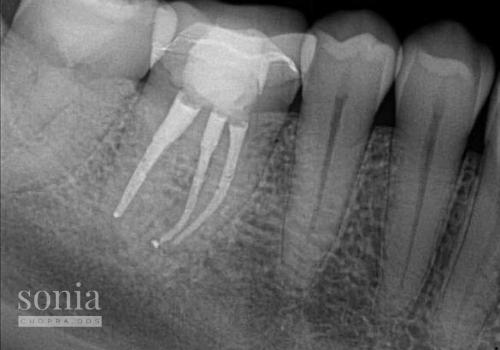 One year later, she is doing well.  She had no pain and the area was healed. 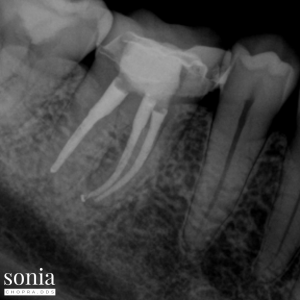 I saw her again two years after treatment, and the tooth is still going strong. 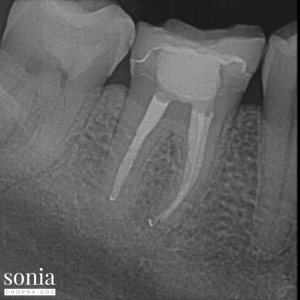 Once again, making the right endodontic diagnosis is crucial. When I understood that it was the bacteria that was causing the symptoms, and not the extra-long gutta percha, I was able to approach the case appropriately. Having the opportunity to help a patient not have a tooth extracted is a serious opportunity to give teeth a chance, which is one of my life missions.

Extraction Is Not Always the Answer, but Proper Endodontic Diagnosis Is

It’s very important that you, as a dentist, take the time to ensure the patient has the same understanding of what is causing their pain as you do.

The answer isn’t necessarily what looks obvious on the radiograph — take your time and follow the clues to place the blame for the pain where it should be. There’s always a root cause… pun intended!

And remember, you don’t know what you can do for your patient until you try. Don’t give up too quickly. For extra motivation, it never hurts to ask yourself, “Would I want to have my tooth extracted?” That helps you see your patient with compassion. Extraction is not always the answer!

It’s also important to talk with your patient transparently about the possible outcome of the treatment so they can evaluate the situation realistically. This allows the patient to make an informed decision about their own health.